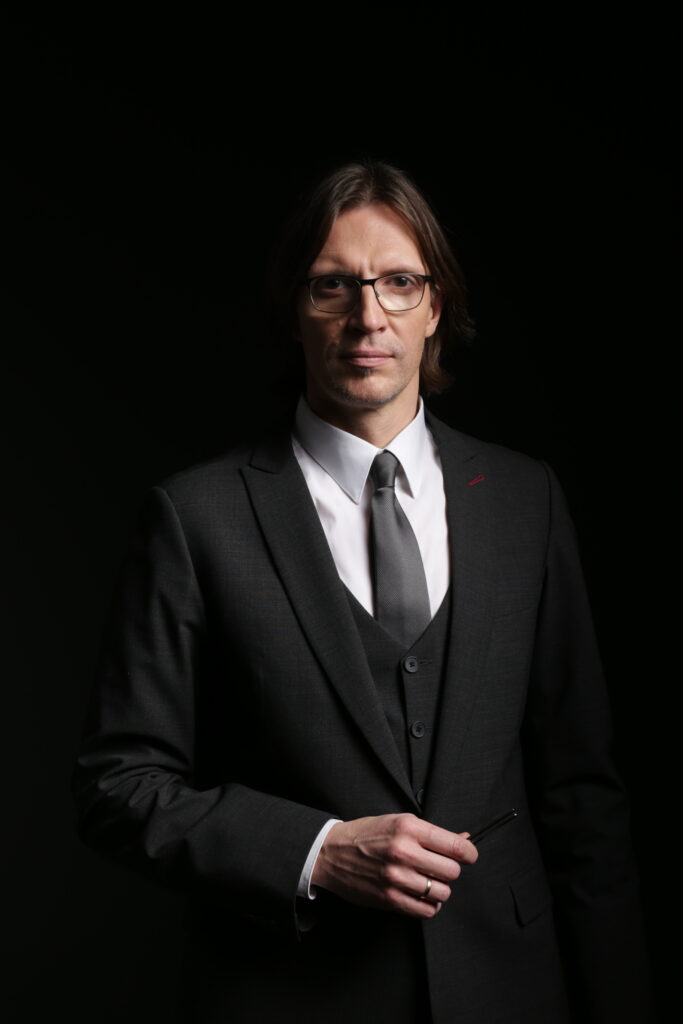 Kaspars Putniņš was appointed Music Director of the Swedish Radio Choir from the season 2020/21. Since 2014 he has held the position of Artistic Director and Chief Conductor of the Estonian Philharmonic Chamber Choir (EPCC). In addition he has been permanent conductor of the Latvian Radio Choir since 1994. He regularly appears as a guest conductor with leading European choirs.

Whilst Kaspars Putniņš work encompasses a wide range of choral repertoire from Renaissance polyphony to works of the Romantic period, his foremost goal has always been that of promoting new outstanding choral music. This new repertoire challenges and develops the abilities of his performers and takes their vocal sound to uncharted territories. Kaspars Putniņš has also initiated several theatrical projects, which involve the participation of his choir, in collaboration with visual and theatre artists.

He has made several acclaimed recordings, including music by Schnittke and Pärt on an album that was awarded both a Gramophone Award and a Diapason d’Or in 2018.

Kaspars Putniņš is the recipient of the Latvian Music Grand Prix, the Latvian Council of Ministers Award for Achievements in Culture and Science, Latvian Order of the Three Stars, Estonian Order of the Cross of Terra Mariana and the Annual Award of the Cultural Endowment of Estonia.