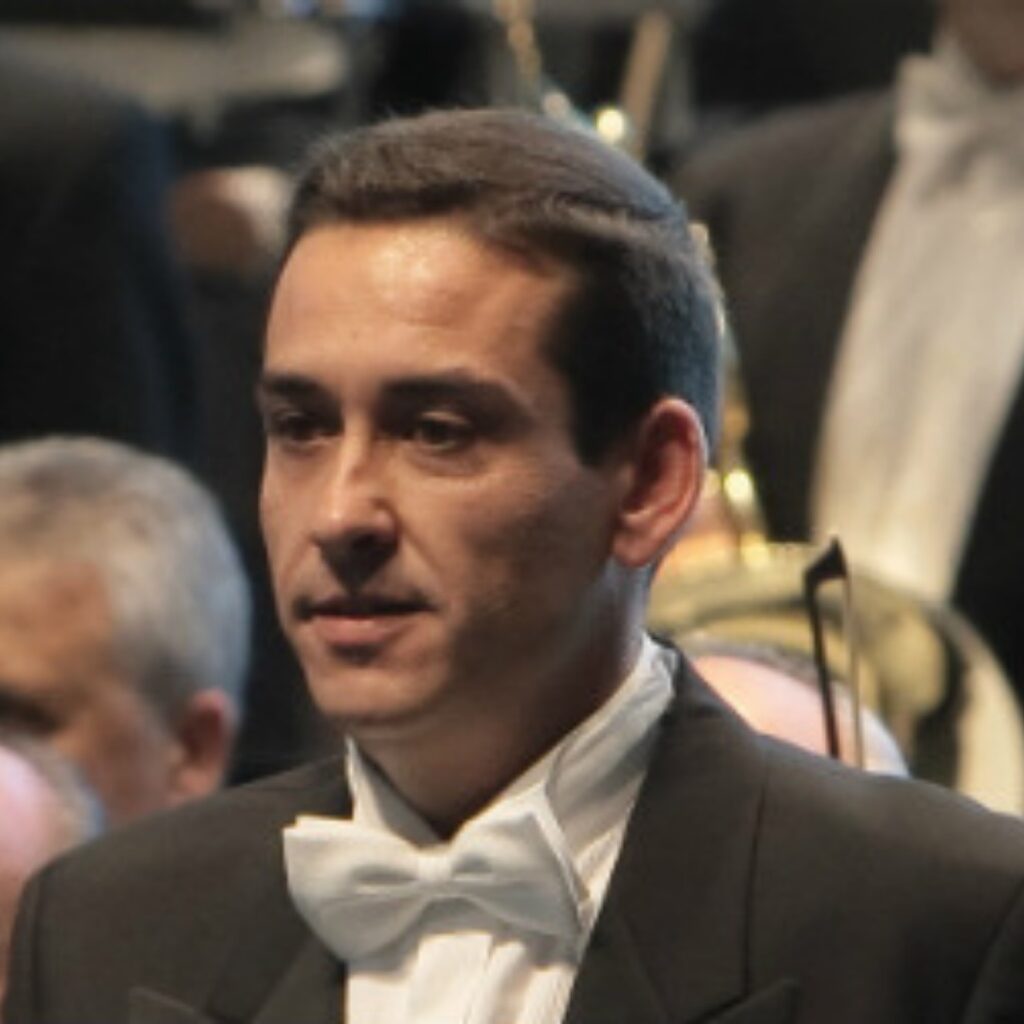 João Paulo Fernandes was born in 1977 in the city of Caldas da Rainha. He has dedicated himself to conducting since the age of 20, attending Orchestral Conducting Courses since 1999 with renowned conductors: George Hurst, Robert Houlihan, Rodolfo Saglimbeni, Denise Ham, Jorma Panula and Baldur Brönnimann. He studied on the Orchestral Conducting course at ESMAE with Maestro António Saiote for 4 years, having been invited to be the orchestral conducting assistant in the year 2008/2009. Over the years he has been invited to direct several internationally renowned professional and soloist formations.

He has been Artistic Director of the Symphonic Band of the Filarmónica União Taveirense, since March 2004, winner of the 1st National Contest of Philharmonic Bands – City of Aveiro, with which he recorded the CD’s FUT – Suite and FUT – 150. He was Artistic Director of the Trombone Ensemble and Tuba Ensemble – Mr SC & The Wild Bones Gang, with which he recorded a double CD, which attracted excellent national and international reviews, including from Roger Bobo and Christian Lindberg. He was also Principal Conductor and founder of OAMT – Orquestra Académica Médio Tejo, distinguished with the Culture award from the Jornal Novo Almourol. He has taught several conducting courses in wind orchestra internships as a guest professor and as an assistant professor to Maestro Robert Houlihan. He has been Artistic Director of SFO – Sociedade Filarmónica Ouriense, since September 2019.

He Graduated in Musicianship from ESMAE, with Professionalization carried out at the  University of Aberta and postgraduate in Opera and Music – Theatrical Studies. He is Professor of Musicianship and Orchestra at the Conservatory of Music in Torres Novas and at Ourearte – School of Music and Arts of Ourém. In Opera he has directed: Hansel und Gretel; L’enfant et les sortilèges and The Magic Flute. He also directed the ONP – Orquestra Nacional do Porto in 2010 in the concert “Maestros of the Future”.